Eventually, every little boy and girl learns about death, and it is normal for children to be troubled by thoughts about death. Here is the story of a little boy and his dog, Jake. The child recalls how he and his dog first became friends when Jake was still a puppy. But as time passed, Jake grew from a puppy to a dog—and still later, the dog grew old and tired. Now, the little boy remembers how sad he felt on the day Jake died, then later, how he learned to cope with his loss and recall the good times that he and Jake had together. Titles in the sensitively written Let’s Talk About It! series are available in both English and Spanish language editions. They speak to the concerns and anxieties of preschool-age and early-grades children, encouraging kids to explore their feelings and then to speak openly about things that trouble them. Speaking openly and sharing troubling feelings with parents or with some other trusted adult is an important first step in a child’s ability to overcome problems and achieve emotional growth. All books in this series have appealing color illustrations on every page. 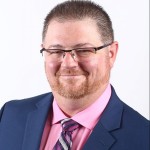